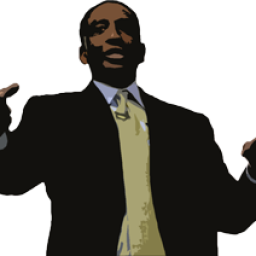 HARD – what does it mean? Define it. Does it mean impossible? Something totally unachievable? Like jumping over the Empire State Building in one leap, a single bound, a la Superman? The obviously unachievable doesn’t elicit anything from us when we consider attempting it, we just concede that it’s unachievable and let it go without batting an eye. I know I can’t jump over the Empire State Building so I wouldn’t even try. And it’s definitely not something that would occupy my thoughts at night before I go to sleep. How do I know it’s unachievable? Because I can’t even jump high enough to dunk a basketball anymore. And that only requires that I get 36” off the ground! If my best efforts when I was in my 20s got me 40” to 42” off the ground then how is it even conceivable that I would be able to make up the additional 1,000 feet needed to get to the top of the Empire State Building? That’s 300 times more lift than I’ve ever been able to muster at my strongest! That’s how I know it’s unachievable in my own strength. That’s not hard. That’s impossible.

So, what’s hard? How do we define it? Most would say hard means difficult. Not easy. And ease is about effort, something we can do without expending maximum, painful energy; or something we are assured of, even if it takes maximum, painful energy. If we know that every time we give maximum, painful effort it will produce the desired result then we consider that thing easy because it’s in our power and control to make it happen whenever we want. It’s like knowing that 1,000 cold calls in any given period will yield enough sales to return $10,000 in commissions. All we have to do is make the effort and expend the necessary energy, something well within our capacity, to make it happen. Given that knowledge, making 10 grand in a month, or even in a week, is not hard. That’s easy.

Hard is about effort, too. Painful effort. I think when we say something is hard what we’re actually saying is that it will require strenuous, painful effort and we’re not guaranteed the desired outcome despite that level of effort. We will experience pain without a guaranteed reward for that pain. This makes HARD a word imbued with emotion, with feeling, with psychic valence. When we say something is hard what we really mean is that it’s going to cost us some pain and the outcome is not guaranteed, so we’re ambivalent about making that pain investment. We’re afraid our pain and suffering will be for nought. And so, the thought of how “hard” the task is keeps us from action, keeps us from jumping into the fray immediately. It causes us to hesitate, procrastinate, and eventually miss out.

1) By changing our understanding of pain. When we see pain as something unnecessary, something to be avoided at all costs, we limit ourselves and narrow our potential. When we instead view pain as preparation for progress and a necessary, diagnostic part of the growth process we learn to embrace it rather that reject it. Pain serves a dual function in our lives. It’s both an alarm and a coach! It tells us when there is something wrong or out of place in our body. That’s it’s alarm function. It also tells us when we’re encroaching upon previous limits that we want to break through. That’s it’s coaching function. Growth requires stretching and breaking in order to repair stronger and better. Until an athlete embraces pain in the weight room s/he has limited ability to gain strength. In that context, pain is good. We want a HARD workout because it will produce growth. Because we trust the science and believe that pain is gain in the weight room. So we no longer think of the workout as hard, we think of it as good. If I consider that every time I encounter pain I’m being stretched and broken for growth that helps me to see pain not as something “hard” and bad, but something good; and it makes the decision to endure it easy. Math problems that make me scratch my head are not hard, they’re good, because they break me intellectually for growth. I’m getting smarter every time I attack a math problem that stretches my mind! I’m becoming a better writer every time I tackle a work that forces me to squirm in my seat and restart sentences or whole paragraphs and scenes over and over again. I’m becoming a better mate every time I broach a subject with my partner that challenges me to move from where I’ve always been to an unfamiliar, uncomfortable place that affords a better connection with my partner.

2) By changing our understanding of time. We equate ease with speed, and difficulty with length. If it takes long it’s hard. If it’s quick it’s usually “painless” and easy. Because the human condition condemns us to live under a ticking clock perhaps the hardest thing to do in this life is wait. We’re all faced with a limited supply of time, so, Dr. Seuss reminds us in Oh, The Places You’ll Go!, the most useless place in this life is the waiting place, where everyone is just waiting. He promises successful people that they’ll somehow “escape all that waiting and staying.” But we all know that’s not true. The road to success for most people is very long. And because it’s long, it’s considered hard. In most people’s mind it’s hard to become a doctor or lawyer or college professor or acquire the credentials to become any kind of professional because it requires years of schooling and often additional time to pass a standardized test to be admitted to those professional ranks. It’s hard to wait. Why? Because of the previously discussed concept of painful effort expenditures with no immediate reward. If we’re going to go to the trouble of investing strenuous effort we want a reward in a reasonable amount of time that makes the investment worthwhile for us. But it takes 4 years to earn a medical degree and 3 years to earn a Juris Doctorate. For most, waiting that long is hard. Here’s how to make it easy. Shorten the reward time.

Many years ago I caught a late night show at Catch a Rising Star, a New York City comedy club, along with my wife and brother-in-law, who had just completed his first year of law school. When the comedian asked him what he did for a living my brother-in-law replied, “I’m a lawyer!” My first thought was, “That’s just not true. You’re a law student, not a lawyer.” But many years later the light bulb flashed on for me. My brother-in-law was shortening his reward time in order to make the journey through law school easier. For a whole year he had been thinking like a lawyer, behaving like a lawyer, carrying himself like a lawyer, hanging around other lawyers, studying what lawyers study. That made him feel like a lawyer, so in his mind it was totally appropriate to identify himself as a lawyer. And by so doing, he reaped the intangible benefits of the designation even though he didn’t have the degree in hand yet to confirm it. At Catch a Rising Star he grabbed the cache that comes with the profession and everyone in the room esteemed him as such even though he was still on his journey. He understood that it is the entire journey that defines us, not just arriving at the destination.

Is there a task in front of you that you’ve refused to start because you think it’s too hard? Embrace the pain. The reward will come. It’s an immutable law. Success is guaranteed. Are you thinking about starting a journey you’ve considered hard? Stop hesitating. Get going. It’s not hard at all. Make it easy by rewarding yourself along the way and owning the identity you will have at the end of the journey right now. Nothing in this life is hard when we change our understanding of pain and time.

Subscribe to our newsletter to keep up with the latest trends!